Showing posts from June, 2020
Show All

Everything around us whether it is visible or invisible (gases) are matters in different forms. Matter can conventionally be found in one of the three stages of solid, liquid or gases. The word Matter has several meanings. Scientifically, the matter is anything that occupies space and has mass. The matter is comprised of small particles called atoms and molecules (groups of items). Atoms are the smallest unit of matter. Three different types of matter can easily be understood with the example of water because water is the only common substance that is naturally found as a solid, liquid, or gas. Particles of matter don't change. They have similar quantities of protons and electrons in all the states.  States of Matter 1.  Solid In a solid-state, atoms of matter are stuffed together so firmly that they can't move. This is the reason solids are so hard. 2. Liquid In most liquids, the atoms are less densely packed, allowing them to move around. The particles
Post a Comment
Read more 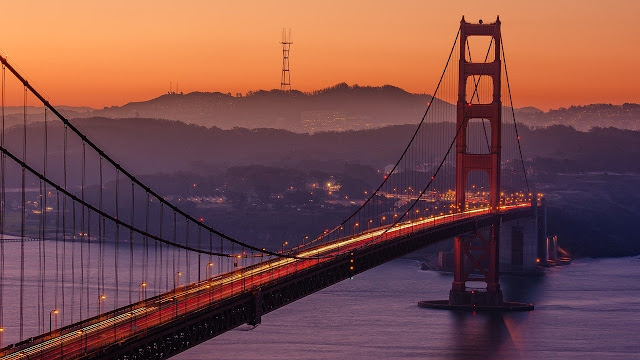 1. California is the most populous state of the United States. The state stands at number three when it is compared to the geographical area of other states of the USA. The area of California state is 423,970 km. 2. Sacramento is The state capital of California. Los Angeles, San Diego, San Jose, and San Francisco are the other well-known cities of the state. 3. California is located in the Pacific region in the west and with Mexico towards the south. It is bordered by the following four states: 1. Arizona to the southeast  2. Oregon to the north  3. Nevada to the east  4. Baja California (Mexican state) to the south. 4. The five other names of California are: 1. Grape State 2. Golden West 3. The Sunshine State 4. The Eureka State 5. The Bear State  5. California has a great economy. It is one of the richest states in the USA. The gold mines were discovered in the past around 1848.  6. The Golden Gate Bridge is the state's famous landmark. The presence of the
Post a Comment
Read more
More posts