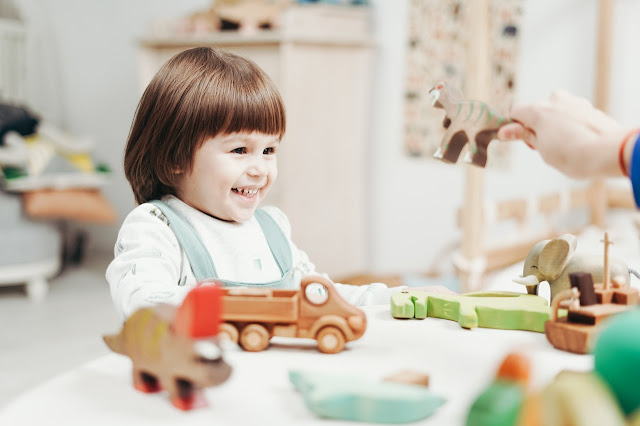 1. Don't get upset when you fail

Success and failure are temporary they are just two sides of a coin. You don't need to feel bad about the failure. You need to put your efforts to do better next time.

2. Encourage them to learn new things

3. Help your kids to discover themselves

It happens many a time that your kids are capable, but they choose the wrong things to do. If you help them to find what they are passionate about, they will be more confident.

4. Quit is controlling and begin instructing

Mentors assist kids with creating abilities, to play the game passionately. Your work is to help your little dear one so she/he can get the much-needed confidence. You should not control if they are practicing continuously. They will take the break when they feel like taking a rest.

If, you set smart, realistic goals for your children they are achievable. This will keep your children's confidence high and encourage them to achieve that goal continuously.

6. Allow your kid to learn at an early age

Preschool education helps your children to grab things faster. This continues to happen in pre-primary and primary schools. When you compare your kids with others, they will be more confident and serious about learning.

7. Help them in communication

Lack of communication skills can be the reason why your children do not look confident. If they communicate well you will find a way to raise them as confident kids.


Stonebridge Academy Preschool, McKinney, Texas
Where little ones have fun and learn

June 17, 2020
Everything around us whether it is visible or invisible (gases) are matters in different forms. Matter can conventionally be found in one of the three stages of solid, liquid or gases. The word Matter has several meanings. Scientifically, the matter is anything that occupies space and has mass. The matter is comprised of small particles called atoms and molecules (groups of items). Atoms are the smallest unit of matter. Three different types of matter can easily be understood with the example of water because water is the only common substance that is naturally found as a solid, liquid, or gas. Particles of matter don't change. They have similar quantities of protons and electrons in all the states.  States of Matter 1.  Solid In a solid-state, atoms of matter are stuffed together so firmly that they can't move. This is the reason solids are so hard. 2. Liquid In most liquids, the atoms are less densely packed, allowing them to move around. The particles
Post a comment
Read more

June 08, 2020
1. California is the most populous state of the United States. The state stands at number three when it is compared to the geographical area of other states of the USA. The area of California state is 423,970 km. 2. Sacramento is The state capital of California. Los Angeles, San Diego, San Jose, and San Francisco are the other well-known cities of the state. 3. California is located in the Pacific region in the west and with Mexico towards the south. It is bordered by the following four states: 1. Arizona to the southeast  2. Oregon to the north  3. Nevada to the east  4. Baja California (Mexican state) to the south. 4. The five other names of California are: 1. Grape State 2. Golden West 3. The Sunshine State 4. The Eureka State 5. The Bear State  5. California has a great economy. It is one of the richest states in the USA. The gold mines were discovered in the past around 1848.  6. The Golden Gate Bridge is the state's famous landmark. The presence of the
Post a comment
Read more

August 20, 2020
1. Hydrogen is a colorless gas. Hydrogen has no odor and taste. 2. Hydrogen lies at the top of the periodic table. 3. Stars are mostly made up of hydrogen and helium. 4. Star shines because of the burning of hydrogen into helium. 5. Hydrogen is denoted by symbol H. Its atomic number is one. 6. Hydrogen is the lightest element in the periodic table. 7. The word hydrogen is derived from two words “hydro” (water) + “genes” (maker). 8. Hydrogen gas usually exists as a diatomic molecule (H ₂ ). 9. Hydrogen is essential for life because it creates water with the use of oxygen. 10. Hydrogen is found in the gaseous state its liquefaction is extremely difficult. Stonebridge Academy Preschool, Mckinney Texas   Where little ones have fun and learn  Enable Ginger Cannot connect to Ginger Check your internet connection or reload the browser Disable in this text field Edit Edit in Ginger Edit in Ginger × Enable Ginger Cannot connect to Ginger Check your internet connection or r
Post a comment
Read more