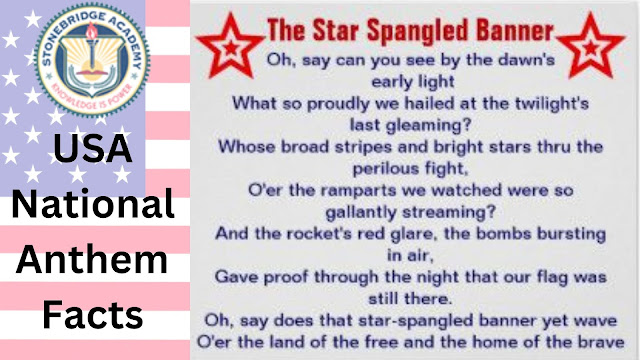 1. Francis Scott Key wrote the words to “The Star Spangled Banner” after witnessing the American victory at the Battle of Fort McHenry in Baltimore on 9/14/1814
2. The song was originally named “The Defense of Fort McHenry”

3. The melody was taken from an old English drinking song called “To Anacreon in Heav’n“

4. President Hoover declared “The Star Spangled Banner” the official national anthem of the U.S. on March 3, 1931

5. The “Star Spangled Banner” was originally intended to be sung as a group number at a much faster tempo

6. “The Star Spangled Banner” made its first appearance at a sporting event at a baseball game in Brooklyn in 1862

7. It was also performed at the first World Series in 1903 in Boston

8. The actual flag described in the song remains on display at the Smithsonian National Museum in Washington, D.C.

9. The full “Star Spangled Banner” had four verses. A fifth was added to support the Union cause during the Civil War.
An informative video shared by the Stonebridge Academy, Daycare and Preschool in Mckinney, Texas, USA
facts for kids Interesting Facts national anthem Unknown facts USA National Anthem facts 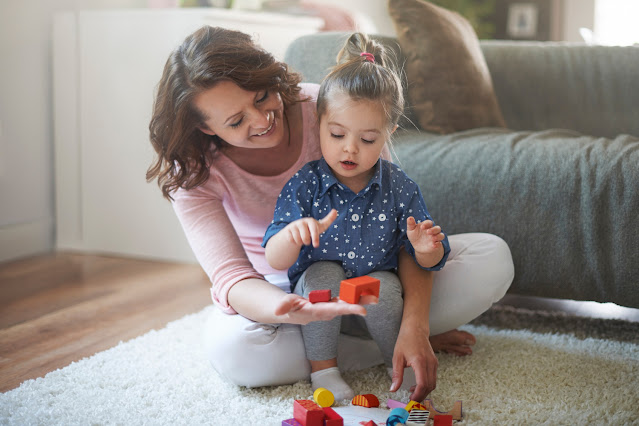 Teaching skills to children and tracking their progress is an important part of child social, behavioral, and cognitive development. While tracking the progress, you find that your kid is doing adequate progress. This means new skills can help in learning and making a way to progress. There is a lot you can do about your child's progressive development. We have shortlisted some points where you can help your children to make adequate progress. 1. Attain Parents' Meetings At Schools Discuss progress and growth. Ask all your worries and listen. It is a route for guardians as well as teachers to examine how the kid has been doing in school. 2. Help Your Child To Get Organized Checklists and to-do lists can help your children get organized. Checklists can act as a tool to better organize homework and assigned tasks to ensure consistency and completeness. 3. Assign Household Duties Help your children doing the chore until your child can do it on their own. Look surprised at how your
Read more

What are the best parenting tips for stepfather? 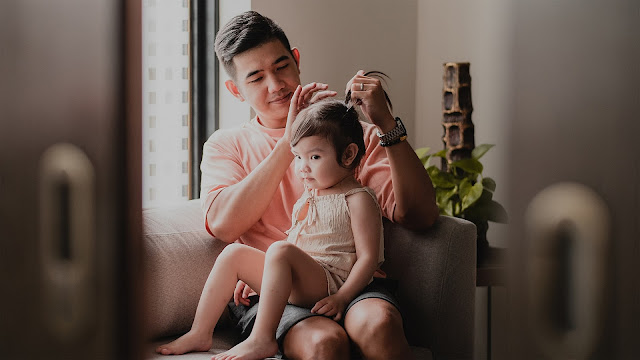 Millions of men in the USA are in a relationship where they live with one or more step-children. You might have seen quite a few blended families where the dad is identified as a stepfather. Living in a relationship with a lady whose children are not the man's biological offspring gives them a chance to learn new parenting skills. Stepdads can consider the following advice to build relationships strong with their spouses and stepchildren. 1. Talk to your lady to make parenting decisions Get involved with your lady love when she takes decisions pertaining to the children. You get to see a good family atmosphere out there. 2. Be a new trendsetter Stepdads can be more of a good friend than dads. It doesn’t need to be a hardcore father of the kids. You can break the myths that a stepfather cannot be a good friend and good dad together. 3. Schedule regular hangouts with your spouse and the kid Your spouse and you as a couple can take the child out for enjoyment. The outing
Read more 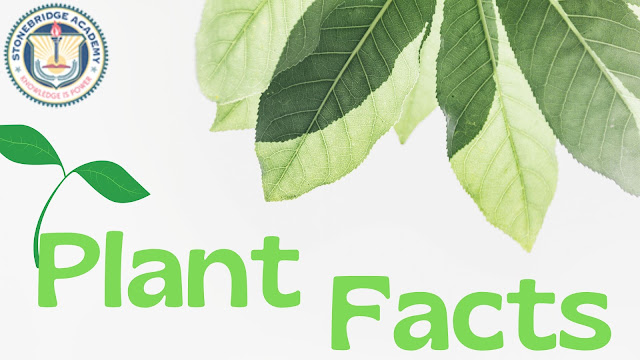 Plants are the most important part of our ecosystem. Parents and teachers should teach children to love plants and trees as it enhances the beauty of nature and makes our surrounding cool. We are sharing some interesting facts to increase the curiosity toward plants in children. 1. Banana trees don't have wooden stems. 2. Cabbage has 91% water content. 3. Bananas contain a natural chemical that makes people feel happy. 4. Strawberry is the only fruit that has seeds on the outside. 5. The country Brazil is named after a tree called “pau-brasil”. 6. An average-sized tree can provide wood enough to make 170000 pencils. 7. Elephant grass found in Africa is named so because it can grow up to 4.5 meters, which is high enough to hide an elephant in it. 8. Oak trees do not produce acorns until they become 50 years old. 9. Bamboo is an extremely rapid-growing plant. In fact, some bamboo varieties can grow almost a meter (about 3.2 feet) in a single day. 10. The oceans contain about 85% of a
Read more